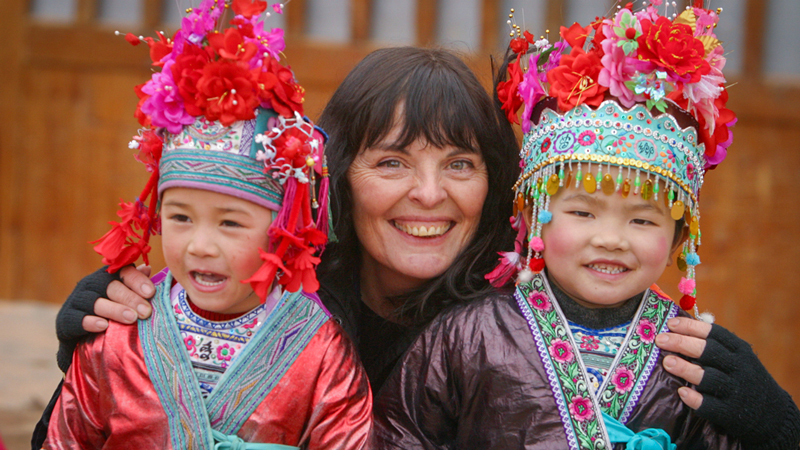 The Hope of the heart

The continuity and fidelity instilled by our founder are the very essence of our association.
Couleurs de Chine was founded just 20 years ago by Françoise Grenot-Wang or Fang-Fang as the Miao called her. A gesture of love was enough to initiate the dynamic that has since enabled many children to be sent to school.
Passionate about the culture of the Chinese ethnic minorities Miao, Dong and Yao, her initial objective was to promote it in France. 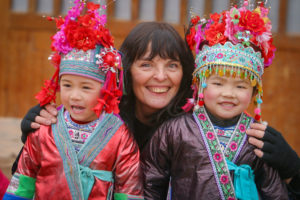 Soon, teachers asked her for her help to send girls to school who could not be sent to school by poor parents. With little money, they preferred to send the little boys there. She accepted, and this act of charity has had an immense fertility commensurate with the greatness of soul of the woman who was its origin. She was faithful to this initial movement of the heart until the end of her life. However, there have been many difficulties. She travelled tirelessly through the villages looking for solutions to help those who had become her friends. She fought tirelessly against despair. Thanks to sponsorship, her commitment has become that of thousands of others who, through our association, believe in hope and education.
Hervé Deguine shows us the necessity of Fang-Fang’s action in the introduction of his book Dans la Chine des Miao, when he says “For this is indeed the extraordinary work that the founder of Couleurs de Chine leaves behind her: thousands of young minds, awakened to consciousness if not of the world, at least of their own person; thousands of little girls who, going against the secular traditions of their villages thanks to the action of Françoise Grenot-Wang, would never have thought that they too were people, real people in the same way as their brothers in equal parts. »
It is thanks to fidelity that Couleurs de Chine is part of history. Because by being faithful to past love, we inspire all those who act today, whether through sponsorship or volunteering. In turn, their loyalty shapes the hearts of the children who will take up this torch tomorrow!
You too, help us to instil some of Fang-Fang’s legacy by volunteering at one of our many branches around the world.