All donors are members of the association, whether they are sponsors or not. In July 2013, there were over 3,000 sponsors and donors, including 2,400 in France and over 500 in China (mainly expatriates); 40 countries were represented.
Since 1995, “Couleurs de Chine” has sent to its members a Liaison Bulletin which keeps them informed of the association’s activities (sponsorship, relay, sponsorship, etc.) and provides information on China and the Miao country (education, culture, economy).
For saving money reasons, the paper version of this Bulletin is only sent to members who do not have a valid e-mail address and/or do not wish to receive this document via this channel.
In addition to the newsletter, members are informed by electronic newsletters produced by the delegations and the Paris office. These newsletters, which are more frequent, provide local information, particularly on events organised by the delegations

Since the beginning of the action in favour of the schooling of the children of the minorities of the Country of the great miao mountains, the work of management and promotion of the sponsorships is assured in a voluntary way by the members of the council of the association as well as by the volunteers of the delegations and the relays.
The association is thus administered by a council of 10 members elected for 3 years at the General Assembly. The board chooses from among its members an executive committee composed of a president, one or two vice-presidents, a secretary, a treasurer and possibly an assistant treasurer. The members of the Bureau shall be elected for a term of one year.
The office appoints a representative in China, who guides and animates the activity of the Danian office, and represents the association with the local authorities.

THE MEMBERS OF THE COUNCIL

President & member of the bureau 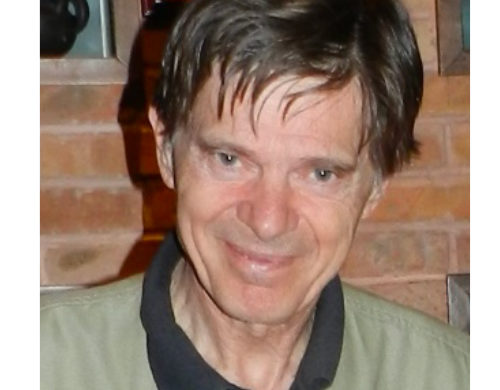 Vice-President & member of the bureau 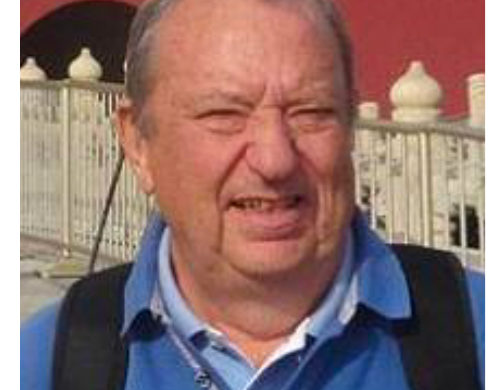 Treasurer & member of the bureau 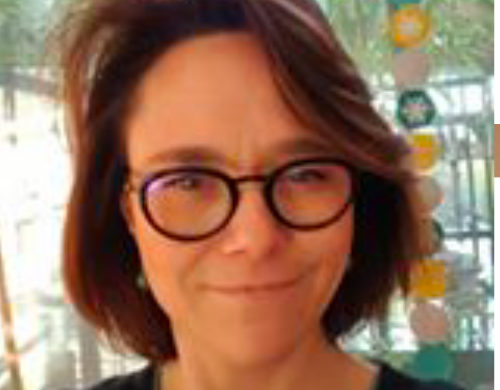 Secretary & member of the bureau 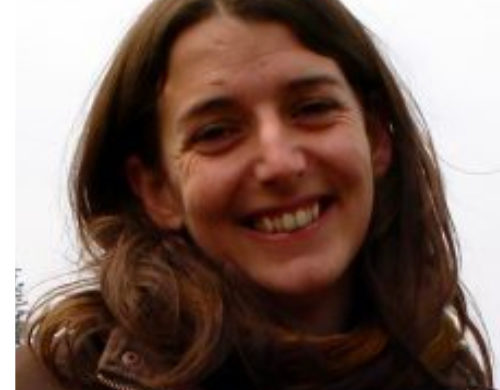 Member of the Council 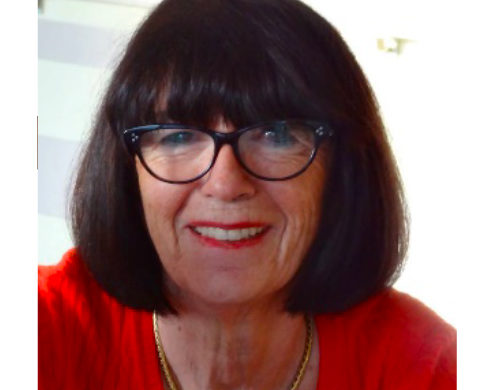 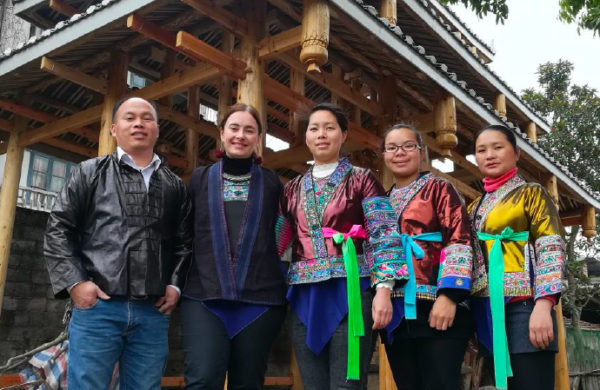 Locally, five employees and one delegate, Stéphanie Debue, manage the actions in the field: follow-up of the godchildren, follow-up of the building sites, translation and distribution of the letters (Chinese-English), accounting, relationship with the local authorities.

JIA Lixin (Jerry) 贾利新 was born in 1979. He is from the Miao village of Guisi, located 25 minutes drive from Danian. Jia Lixin has two sons, one in primary school, the other in high school. His wife is a seamstress and makes traditional Miao clothes in Danian.
Originally a primary school teacher, he very early met Françoise Grenot-Wang and assisted her in her action. Faced with the growing missions of Couleurs de Chine, Françoise Grenot-Wang asked her to become in charge of the association’s office and to help her recruit the staff necessary for its operation. Jia Lixin joined Françoise fully in this work in February 2004. His 14 years of experience in China Colors is invaluable. He is the memory of the relations established throughout these years with local authorities and schools, and the work accomplished by the association. He assists the local delegate on a daily basis with the management of the team and the organisation of the work, the control of the accounting and the use of the funds which transit towards the association, the approaches with the governmental authorities.

YE Xianzhi (Xiao Ye) 叶仙芝 was born in 1988. Former sponsoree of Couleurs de Chine, she is originally from the Miao village of Linlang, located 40 minutes drive from Danian. She completed her undergraduate studies in Liuzhou, specializing in accounting. Xiao Ye now lives in Danian, she is the mother of a four-and-a-half-year-old girl and a one-and-a-half-year-old boy. Her husband works in a township close to Danian. She has been working as an accountant at Couleurs de Chine since 2011. Xiao Ye is also in charge of the distribution of the scholarships, and of the management of the parcels and donations for sponsorees, that she follows from the order to the distribution, until the return towards the sponsors who receive from her the confirmation that the parcel or the donation was actually distributed. She also plays a key role in monitoring academic performance. A dynamic and cheerful young woman, she brings a large part of the good humour that animates the daily work at Couleurs de Chine!

YCHEN Yandan (Xiao Chen) 陈燕丹 was born in 1987. A former sponsoree of Couleurs de Chine, she attended high school in the city of Liuzhou. She is from the Miao village of Jige, located at 30 minutes drive from Danian. Her eldest son is six years old, his little daughter is now five years old and a little brother was born eight months ago. Xiao Chen’s husband often works outside Danian.
Since 2013, Xiao Chen has held the key role of manager of the referral file, which today represents nearly 4,000 individuals, whose information is updated several times a year.
Xiao Chen welcomes all sponsorees who come to the Couleurs de Chine office during the summer season to update their situation, provide their school results and their school registration documents. Calm and imperturbable despite the crowd rushing to the office doors, she records, explains, photographs! His work requires great human qualities and great rigour.

SHI Guidan (Xiao Shi / Molly) 石贵丹 was born in 1990. She lives in the Dong village of Gulou, just across the river from Danian. His little girl is four years old and his little boy is just three months old. Her husband works in Rongshui district, three hours drive from Danian.
A former sponsoree of Couleurs de Chine, Xiao Shi worked as a teacher after obtaining her bachelor’s degree in English. Then she joined Couleurs de Chine in 2015 to work as a translator. English is a rare skill in the region. Shi Guidan has chosen to provide Couleurs de Chine with this expertise, which is absolutely essential, because it allows the link between our local action and the sponsors who receive every year the school results and letters of their sponsorees, as many documents effectively translated by Xiao Shi, a discreet and rigorous young woman. Xiao Shi also supports the local delegate in the work of writing activity reports for corporate sponsors, a mission that expands each year.

The association’s action is relayed by local delegations and/or relays, notably in charge of managing local sponsors and promoting the association, including with patrons. The network of volunteers organizes numerous activities: meetings between members of the same region, initiatives and events aimed at the public and schools, the media, businesses, communities (exhibitions, concerts, conferences, stand animation, and other promotional activities).

The financing of the association’s activities is entirely private. No grants are received from any government entity.
A tax receipt is issued to donors. This document allows French taxpayers to benefit from a tax deduction (article 200.5 of the General Tax Code: deduction of 66% of the amount of donations within the limit of 20% of declared income).
In Belgium, donations transit through the King Baudouin Foundation in Brussels and can thus enable donors to benefit from Belgian tax facilities.
China Colours – Hong Kong has “Tax-exempt charity” status, which allows donors to deduct donations from income under certain conditions.
Donations received in Europe are deposited in the association’s bank account in France and the necessary funds for sponsorships, school construction and development or cultural activities as well as operating costs are periodically transferred to the association’s account in China. Donations received in China are paid directly into the association’s account in China. The funds are then paid on the spot to school officials, local education services or other recipients, after verification by Danian’s office of the appropriateness of the payment: actual presence of the girls at school or progress of work according to schedule.
The association is audited by an auditor.
Danian’s office is controlled (free of charge) by Mazars.

You wish to become a volunteer with Couleurs de Chine?
The first step is to establish your availability and list your skills
Send us an email at contact@couleursdechine.org indicating your situation, your availability... We will contact you to discuss the volunteer opportunities available to you.
Once you define the actions you could perform within Couleurs de Chine, you can start now!
CONTACT US