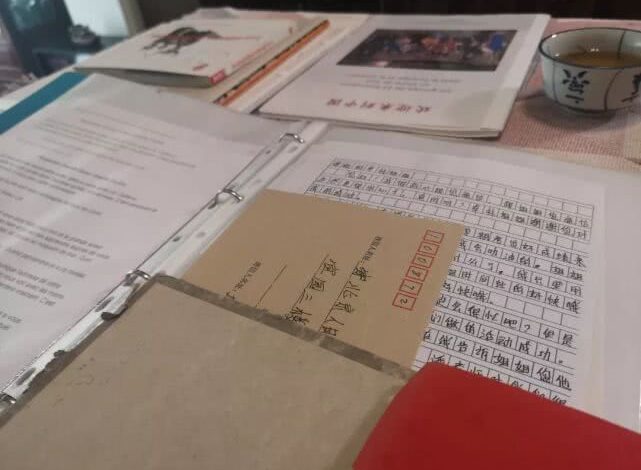 We wish to honour one of our most faithful sponsors and volunteers, Josette Zoulim.

Born in Paris in 1941, she studied sociology in Lyon and then in Paris. Open to different cultures, she travelled around the world, taking an interest in the various means of artistic expression and in Chinese culture.

Josette Zoulim travelled to China since 1965. It was the beginning of a passion for this country. With her husband and young children, she lived through the first hours of the Chinese Cultural Revolution in May 1966. She returned to China in 1971 and many times thereafter, but it was not until 1998 that she discovered Chinese painting and calligraphy in Lyon, with her teacher MEI NING-JUN.

Since then, she has never stopped exhibiting and leading numerous workshops to raise awareness of Chinese painting. At the same time, Josette was interested in the fate of poor young girls in Guangxi, and was actively involved in the association Couleurs de Chine.

From 2011 to 2014, she organised several ten-day trips with sponsors in the Rhône Alpes region, during which she visited 70 sponsees in their families or schools. She organised exhibitions presenting the association throughout the various regions where she stayed, and made an annual assessment of all her actions before the general meetings. Josette continues to be the link between the sponsors and the sponsees.

We thank her from the bottom of our hearts for her commitment to Couleurs de Chine.